Trailhead: Red Box Picnic Area
Length: 6.8 miles RT
Elevation Gain: 1794 ft.
Difficulty: Moderate
Total time: 3 hrs
Dogs: Yes, but read on for what happened to sweet little RescueSmalls
Parking: Parking lot across the street. You will need an adventure pass which you can get at a ranger’s station or any sporting goods store.

Gather ’round friends, for I have a tale of terror to share. ‘Twas the time I trekked up Strawberry Peak.

I remember it like it was yesterday. Fires swept across the lands of the Six Pack of Peaks, closing several of the trails. Jeff named alternates, and as an ambassador, I felt the obligation to complete these alternates, including the sweetly and cunningly named named, Strawberry Peak.

It started off as any other day. We parked and crossed the street to get to the trail head. And the trail, it was gentle.

Ah, but the peak, she lures you in like a siren before she takes you as her victim.

We traversed through switchbacks with mild elevation gain and into an Oak Grove before coming to a junction where we turned right. “This is easy,” we remarked, as we merrily made our way through the trail. 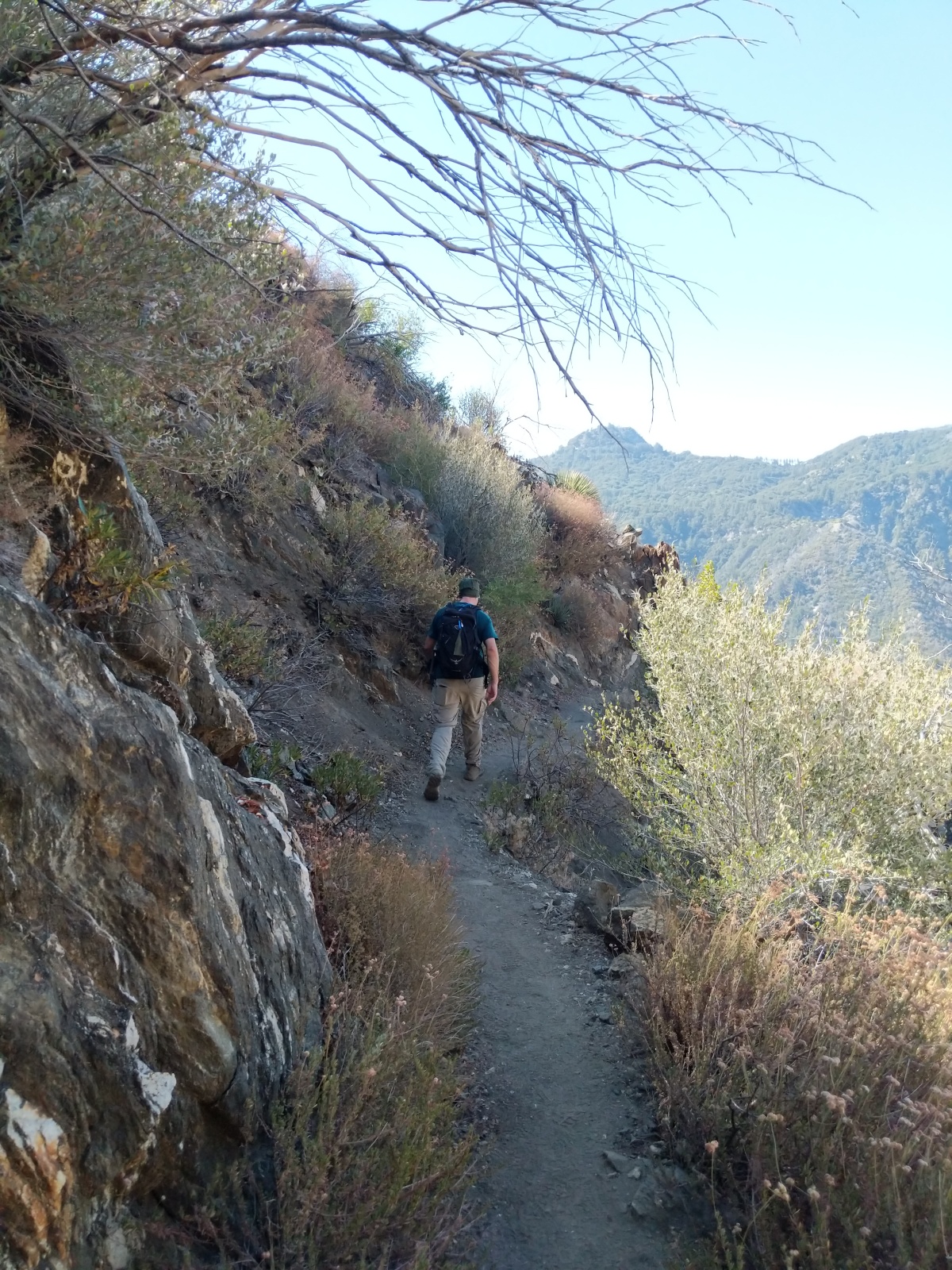 We climbed higher and higher as we skirted around the mountain and then saw it…the final ascent.

The terrain quickly changed, becoming steep and rocky and we needed both hands and feet to climb it. Many false peaks awaited us as we made our climb. The heat began to rise. And then, the pokey plants began to multiply, stabbing us from the left and from the right.

Sweat began to pour down our temples. We came to what seemed to be a fairly begin stretch of flat land where we had to traverse between a row of pokey plants. We came to one plant which was vibrating with a buzzing sound. As Smalls and I walked through she started panicking. I felt stings on the back of my legs and arms. I screamed out in pain.

“GO!” I yelled as my fellow traveler turned to check on us.  “It was the plant,” I panted. “The plant was filled with fire ants!”

I already had welts from the bites. Smalls was spinning in circles, biting at her haunches. We looked around and saw them–fire ants, everywhere. On the ground. In the plants. On the rocks. This mountain was theirs.

Weary, we pressed on, determined not to allow the mountain to defeat us. I carried Smalls for a bit, as she was too afraid to continue on her own. I slipped and fell on some rocks as I tried to move up with a terrified K-9 wrapped in my arms.

And finally, we made it, and were treated to a terrible view of overcast skies surrounded by So Cal Brown.

After a short stint at the top to gather our strength, we made our way down. On the descent, we were smarter, as we’d learned the ways of the mountain. I picked up Smalls and carried her over the fire ant bush, although she clung to me in terror as we made our approach. We seemed to enter a time warp, as the trek back was never ending. It was as if the peak was pulling us backward, unable to let us leave. We could see the parking lot, but it never seemed to get closer.

But then finally, the road. And the picnic area which so sweetly concealed its portal to hell.

We sat down on the bench, weary travelers, indeed. We had survived, but would we ever be the same?

So, in case you didn’t get it from this post, Strawberry Peak sucks.

2 thoughts on “A Tale of Terror: Strawberry Peak”